The Israel Police targeted a social activist with spyware made by the controversial NSO Group, despite the fact that he wasn’t suspected of any crime, and saved potentially embarrassing information about his sex life to use as “leverage” in potential future investigations, the Calcalist business news site reported Thursday.

Calcalist on Tuesday broke the news that police have for years been making widespread use of NSO’s Pegasus against Israeli civilians, including people not suspected of any crimes, exploiting a legal loophole and keeping the surveillance under tight secrecy, without oversight by a court or a judge.

Pegasus is considered one of the most powerful cyber-surveillance tools available on the market, giving operators the ability to effectively take full control of a target’s phone, download all data from the device, or activate its camera or microphone without the user knowing. NSO has come under fire for selling Pegasus to authoritarian countries that used the technology to spy on regime critics. The technology was also used to gain unfettered access to senior global public officials’ devices.

Thursday’s follow-up report, which did not cite its sources, asserted that contrary to police claims, in multiple cases information was extracted using Pegasus during intelligence-gathering — before the initiation of a covert investigation, which is the first stage when police can ask a court for a warrant to tap a target’s phone.

On one occasion, a protest activist — the outlet said it wasn’t mentioning additional details about him to protect his privacy — was targeted by police’s clandestine Sigint unit over the assessment that he could potentially commit “aggravated public order offenses” and poses a “danger to democracy.”

Police reportedly tracked his phone using the spyware and found that he uses Grindr, a dating app primarily used by gay men. Officers read his chat exchanges and even told other police units about times and places of his dates for them to tail him.

A logo adorns a wall on a branch of the Israeli NSO Group company, near the southern Israeli town of Sapir, August 24, 2021. (Sebastian Scheiner/AP)

That information was included in an intelligence dossier on the activist, with the officers writing: “Probably dates with men despite being married — leverage in questioning, prepare confidentiality, tell the unit to prepare tapping warrant.”

The implication was that the information found through the illicit use of Pegasus would be whitewashed retroactively as the product of legitimate, court-ordered tapping, with the source of the initial information being concealed as confidential.

Calcalist said this procedure was largely based on the operations of the IDF signal intelligence unit 8200, the military’s largest unit, which tracks Israel’s enemies with sophisticated technological tools.

The report said many 8200 alumni were brought into the police’s Sigint unit by former police chief Roni Alsheich, who had previously served as the deputy head of the Shin Bet internal security agency. These officers, the report claimed, “were accustomed to targeting hostile elements and hadn’t necessarily understood the limitations on police investigators in a democratic country.” 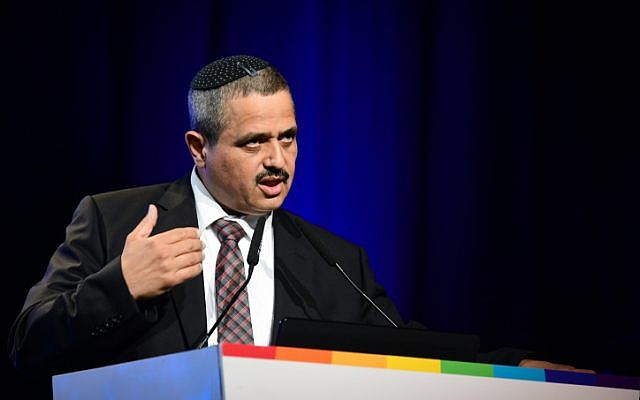 Police said in response to Thursday’s report that “the described chain of events isn’t familiar to the police, and it is evident that there is an interest to cut down on details, which doesn’t enable an in-depth inquiry. If more details are provided, we can comprehensively probe the case.”

Police also repeated earlier comments that all operations were legal and based on court warrants and “meticulous work procedures.”

The Justice Ministry similarly said it wasn’t aware of the specific case, adding that there are no rules allowing for products of police tracking to be recorded when they are not directly relevant to the investigation and the suspected crimes.

Separately, Likud MK David Bitan commented Thursday morning on a report that police used the NSO spyware against him in a corruption case related to his time in the Rishon Lezion Municipality, in which he is charged with bribery, fraud, breach of trust, money laundering and tax offenses.

“I expect the attorney general to freeze my case, check the matter and grant me a repeat [pre-indictment] hearing,” Bitan said.

Police Commissioner Kobi Shabtai issued a fresh statement later Thursday, calling on Calcalist to provide additional details on the alleged cases and stressing that all attempts thus far to probe the matter had not yielded any evidence of illegal police action.

Shabtai said he had ordered more in-depth inquiries in coordination with the attorney general, including into actions taken before he became police chief a year ago. He said that any “isolated incident” in which the rules were violated would be addressed by “fully transparent” actions to fix the matter.

Appearing to acknowledge police use of Pegasus or similar tracking spyware — which wasn’t publicly known before Calcalist’s reports — Shabtai said the allegations of illegal police action should not be used to “delegitimize the very use of these advanced tools,” which he argued would render police unable to tackle serious crime and would “weaken the law enforcement system.”

During a global pandemic, one tiny country is producing research that’s helping to guide health policy across the world. How effective are COVID-19 vaccines? After the initial two shots, does a third dose help? What about a fourth?

When The Times of Israel began covering COVID-19, we had no idea that our small beat would become such a central part of the global story. Who could have known that Israel would be first at nearly every juncture of the vaccination story – and generate the research that’s so urgently needed today?

Our team has covered this story with the rigor and accuracy that characterizes Times of Israel reporting across topics. If it’s important to you that this kind of media organization exists and thrives, I urge you to support our work. Will you join The Times of Israel Community today?

Already a member? Sign in to stop seeing this


You’re serious. We appreciate that!


We’re really pleased that you’ve read X Times of Israel articles in the past month.

That’s why we come to work every day – to provide discerning readers like you with must-read coverage of Israel and the Jewish world.

So now we have a request. Unlike other news outlets, we haven’t put up a paywall. But as the journalism we do is costly, we invite readers for whom The Times of Israel has become important to help support our work by joining The Times of Israel Community.

For as little as $6 a month you can help support our quality journalism while enjoying The Times of Israel AD-FREE, as well as accessing exclusive content available only to Times of Israel Community members.

Already a member? Sign in to stop seeing this

Blockchain
We use cookies on our website to give you the most relevant experience by remembering your preferences and repeat visits. By clicking “Accept All”, you consent to the use of ALL the cookies. However, you may visit "Cookie Settings" to provide a controlled consent.
Cookie SettingsAccept All
Manage consent