Destiny 2 is a widely popular free-to-play multiplayer but it has been experiencing issues recently after the latest The Witch Queen expansion. PC, Xbox, and PlayStation players have been reporting that Destiny 2 keeps crashing on various actions.

The latest update has added a great collection of new content including weapons, skins, challenges, and other exciting stuff. However, it has also frustrated a number of players as they can’t enjoy the game now.

@BungieHelp the game keeps crashing on main screen after I launch the game. Any advice for that or updates on that yet? Or just anyone out there who is experiencing crashing on the main screen for destiny 2 pc?

Why does Destiny 2 keeps Crashing on PC, PlayStation, and Xbox?

Destiny 2 players are experiencing crashing and freezing issues that are preventing them from enjoying the game. This issue is more commonly appearing for PC and PlayStation players but some Xbox players are also affected.

The cause or reason for the occurrence of this issue is different on different platforms. PC players are the hit worst as they can have multiple causes triggering the crash. The most prominent one is inefficient system specifications to run the game. Sometimes the cause is just a malfunctioning driver, setting, or application.

On consoles, it is pretty complex to identify the cause as sometimes the problem lies at the game servers while the other times it is at the user’s end. Also, Destiny 2 crashing and freezing problems after major updates have been common in the past as well.

How to Fix Destiny 2 Keeps Crashing on PC?

If Destiny 2 is crashing on your Windows PC, you can easily resolve the issue. Before trying the solutions, we’d recommend that you start with general fixes. These include restarting the game, restarting the PC, and switching to a different Internet connection.

Destiny 2 keeps crashing on the logo screen or “Signing in” screen, idk what to do I’ve updated drivers like iv seen people say and nothing is working @BungieHelp

You can also try disabling your antivirus or firewall temporarily. If the issue persists even after trying these, you can start using the resolutions available below.

1. Run the Game with Admin Privileges

This will make the game permanently run with admin privileges. So, it won’t crash after failing to seek certain permissions.

This will solve the Destiny 2 keeps crashing issue as setting the priority of the game to high from the Task Manager will make sure that the system allocates required resources without any problems.

Overclocking is the process of increasing the clock speed of the CPU or GPU to get an enhanced gaming experience. However, sometimes the friend turns into a foe. So, you can try switching back to normal clock speeds if Destiny 2 is crashing frequently on your PC.

Players encountering issues are encouraged to fully exit out of these applications before launching the game.

You can also try any boosting programs that are claiming to enhance the performance of your system. This should solve the problem if it is due to overclocking.

Try all three modes, and see which one is working fine for your computer.

If you are playing Destiny 2 via Steam and it is crashing, you can try this solution:

Let the process complete patiently. Steam will find and repair any corrupt, damaged, or missing game files. After that, you can try playing the game.

How to Fix Destiny 2 Keeps Crashing on PlayStation & Xbox?

A lot of PlayStation 4, 5, Xbox One, and Xbox Series X/S players have been reporting that Destiny 2 keeps crashing on their console. They have filled Twitter, Reddit, and other social media platforms.

If you are also experiencing the same, you can try the solutions available below. We have also shared general tweaks that have worked for many users. You can try them as well.

Destiny 2 is an online multiplayer game, and it has a wide base of players. So, it is natural for the game servers to go down due to a problem or for regular maintenance. When the servers are down, you won’t be able to play the game.

If you are suspecting that Destiny 2 is crashing on your console, you should first check if the game servers are down. You can visit this page to get updates about Destiny 2 server downtime and maintenance. At the time of writing, the last maintenance took place on February 22, 2022.

You can also try third-party websites like Downdetector to find if the Destiny 2 game servers are down. Social media platforms are another way to check that.

2. Re-Install Destiny 2 on your Console

After major updates, sometimes the new and existing game files get incompatible and lead to the crashing of the game. If this is happening in your case, you can try re-installing Destiny 2: Beyond Light on your console. However, only proceed when you have a fast Internet connection. 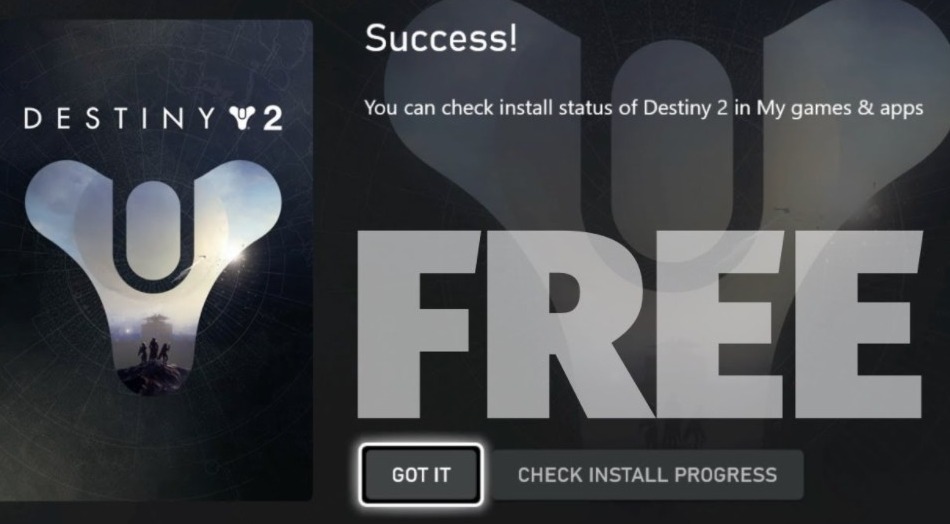 3. General Workarounds from the Internet

Here are some workarounds reported by Internet users. According to their claim, these have fixed the Destiny 2 crashing error on their PC/consoles. You can give them a try as well.

Method-1. Turn off HDR from the game’s functions on your PS4.

We’re investigating an issue where some PlayStation players may crash when HDR is turned on. Turning off HDR should resolve this issue.

Method-3. Go to RivaTunerStatistics > Click Add > Go to your Destiny Directory > Add Destiny2.exe & Destiny2Launcher.exe if you are using MSI Afterburner.

If your Destiny 2 is crashing on main screen on PC, CLOSE MSI Afterburner!

It’s fixed the crash for me!

The Bungie team is currently working on a patch to resolve the issue. Once they roll it out, we will let you know. After that, you can update Destiny 2 on your system and have a smooth and swift gaming experience.

For now, you can try these solutions and hope the official fix is rolled out soon. Let us know which solution worked the best for you.

Destiny 2 Keeps Crashing on PC, PlayStation, and Xbox: How to Fix?